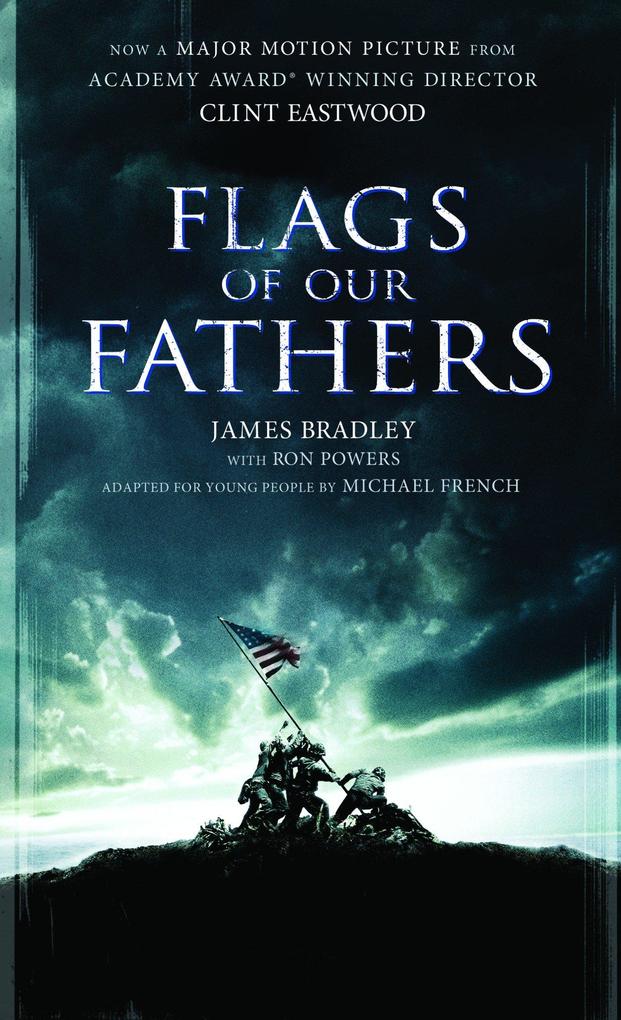 Flags of Our Fathers: A Young People's Edition

von James Bradley, Ron Powers
Heroes of Iwo Jima. Empfohlen von 9 bis 12 Jahren. Laurel-Leaf. Sprache: Englisch.
Taschenbuch
In this unforgettable chronicle of perhaps the most famous moment in American military history, James Bradley has captured the glory, the triumph, the heartbreak, and the legacy of the six men who raised the flag at Iwo Jima. Here is the true story … weiterlesen
Geschenk per Mail versenden
Jetzt nur

In this unforgettable chronicle of perhaps the most famous moment in American military history, James Bradley has captured the glory, the triumph, the heartbreak, and the legacy of the six men who raised the flag at Iwo Jima. Here is the true story behind the immortal photograph that has come to symbolize the courage and indomitable will of America.

In February 1945, American Marines plunged into the surf at Iwo Jima-and into history. Through a hail of machine-gun and mortar fire that left the beaches strewn with comrades, they battled to the island's highest peak. And after climbing through a landscape of hell itself, they raised a flag.

Now the son of one of the flagraisers has written a powerful account of six very different young men who came together in a moment that will live forever.

To his family, John Bradley never spoke of the photograph or the war. But after his death at age seventy, his family discovered closed boxes of letters and photos. In Flags of Our Fathers, James Bradley draws on those documents to retrace the lives of his father and the men of Easy Company. Following these men's paths to Iwo Jima, James Bradley has written a classic story of the heroic battle for the Pacific's most crucial island-an island riddled with Japanese tunnels and 22,000 fanatic defenders who would fight to the last man.

But perhaps the most interesting part of the story is what happened after the victory. The men in the photo-three were killed during the battle-were proclaimed heroes and flown home, to become reluctant symbols. For two of them, the adulation was shattering. Only James Bradley's father truly survived, displaying no copy of the famous photograph in his home, telling his son only: "The real heroes of Iwo Jima were the guys who didn't come back."

Few books ever have captured the complexity and furor of war and its aftermath as well as Flags of Our Fathers. A penetrating, epic look at a generation at war, this is history told with keen insight, enormous honesty, and the passion of a son paying homage to his father. It is the story of the difference between truth and myth, the meaning of being a hero, and the essence of the human experience of war.

James Bradley is the son of John "Doc" Bradley, one of the six flagraisers. A speaker and a writer, he lives in Rye, New York.

Ron Powers is a Pulitzer Prize-winning journalist. He is the author of White Town Drowsing and Dangerous Water: A Biography of the Boy Who Became Mark Twain. He lives in Vermont.

"The best battle book I ever read. These stories, from the time the six men who raised the flag at Iwo Jima enlisted, their training, and the landing and subsequent struggle, fill me with awe." Stephen Ambrose
Kunden, die diesen Artikel gekauft haben, kauften auch
Schreiben Sie eine Rezension