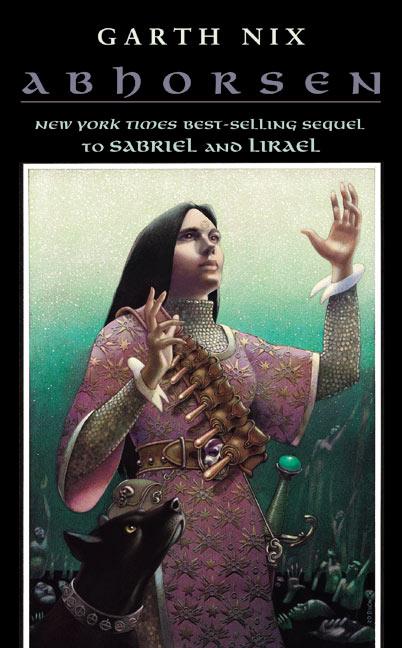 In the final book in the Old Kingdom trilogy, master of fantasy and globally bestselling author Garth Nix returns to the fantastic world of Sabriel for an unforgettable conclusion. "Breathtaking, bittersweet, and utterly unforgettable.” *
After centuries in captivity, the Destroyer is nearly free.
Beneath the earth, a malignant force lies waiting, greedy for freedom from its ancient prison. As the Old Kingdom falls once more into a realm of darkness and terror, the people look desperately to the Abhorsen, the scourge of the Dead, to save them. Yet Abhorsen Sabriel is lost, missing in Ancelstierre.
Only Lirael has any chance of stopping the Destroyer. With her companions Sameth, Mogget and the Disreputable Dog, she travels across the Old Kingdom in a race against time, battling Shadow Hands and dark necromancers to reach Ancelstierre before it is too late. But what hope can one young woman have against a terrible evil with the power to destroy life itself?
This eagerly awaited conclusion to Garth Nix's extraordinary trilogy of Old Kingdom books is a complex and vividly imagined story, powerful, terrifying and compelling.

"Terror, courage, bitterness, love, desperation, and sacrifice all swirl together in an apocalyptic climax that pits both Life and Death together against the destruction of everything." —Kirkus*

Garth Nix is a New York Times bestselling novelist and has been a full-time writer since 2001, but has also worked as a literary agent, marketing consultant, book editor, book publicist, book sales representative, bookseller, and as a part-time soldier in the Australian Army Reserve.
Garth's many books include the Old Kingdom fantasy series, beginning with Sabriel and continuing to Goldenhand; the sci-fi novels Shade's Children and A Confusion of Princes; the Regency romance with magic Newt's Emerald; and novels for children including The Ragwitch, the Seventh Tower series, the Keys to the Kingdom series, and Frogkisser!, which is now in development as a feature film with Fox Animation/Blue Sky Studios. Garth has written numerous short stories, some of which are collected in Across the Wall and To Hold the Bridge. He has also cowritten several children's book series with Sean Williams, including TroubleTwisters and Have Sword, Will Travel.
More than six million copies of his books have been sold around the world and his work has been translated into forty-two languages. You can find him online at www.garthnix.com.